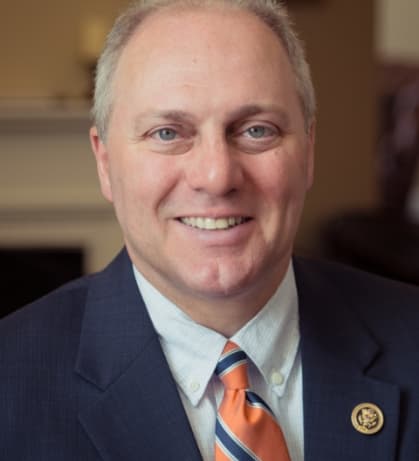 Sign up to receive news, alerts, and updates directly to your inbox.

Fighting to Save America

Scalise: Government Bureaucrats Must Show Up to Work

Scalise was elected to Congress in 2008 after serving in the Louisiana State Legislature from 1996-2008. He serves his colleagues as the House Majority Leader, the second highest position in House Republican leadership.

Scalise is a strong leader who upholds the Constitution and advocates for the principles of fiscal discipline, lower taxes, a robust national defense, and conservative values.

RT @USRepMikeFlood: It’s only been one month since the @HouseGOP took the majority, and we’re well on our way to fulfilling our #Commitment…

RT @RepLisaMcClain: The result of socialism is nothing but death, destruction, and devastation. It is a failed system that has ruined count…